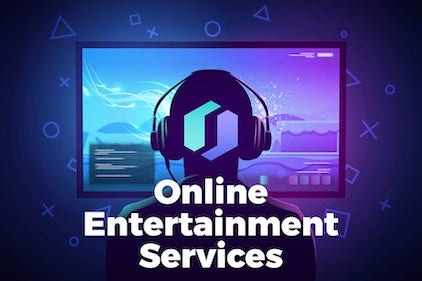 Online entertainment services during the pandemic

The COVID-19 pandemic limited our access to favorite pastimes and people were forced to search for online entertainment services. The number of users for various online gaming, sports betting, dating and gambling platforms skyrocketed, not to mention the growth of subscriptions to various media streaming platforms and gaming consoles. What is most important — the end of the pandemic is yet far, there still are hundreds of millions of untapped potential customers globally, and these users will be here to stay once the restrictions are lifted. This article highlights the trends in online entertainment services during the pandemic and how Spintech can help your business jump on the hype train and ride the wave.

First, let’s have the numbers speak for themselves:

Spintech was also a part of this process. One of our customers was an eSports tournament, matchmaking, and rating platform that encountered performance issues when the numbers of active players grew rapidly in 2020. Spintech replaced REST API integrations with GraphQL ones, rewrote legacy PHP code with Golang, and rebuilt a monolith app into a microservice architecture ensuring scalability and great performance under a heavy workload.

As of today, this eSports platform not only enables the players to compete with their teammates in a fun and friendly atmosphere but also serves as a kind of a trampoline for players aiming to enter the cybersports world. This community includes hundreds of thousands of enthusiastic players aiming to win and join cybersports top leagues, as well as pro-players, streamers, and gaming companies.

Most importantly, there is no reason to think people will abandon their online entertainment subscriptions when the limitations are lifted, so the businesses can get lifetime customers before the end of the pandemic. The eSports and online entertainment market is thriving right now, while also being quite new and not overpopulated.

Thus, if you are planning to enter the online entertainment services domain, it contains a ton of new possibilities, requires fewer expenses as compared to other niches, and quickly returns your investments. Spintech is ready to help you build great eSports and online entertainment products, so contact us for a free consultation and let’s start working on your next project!